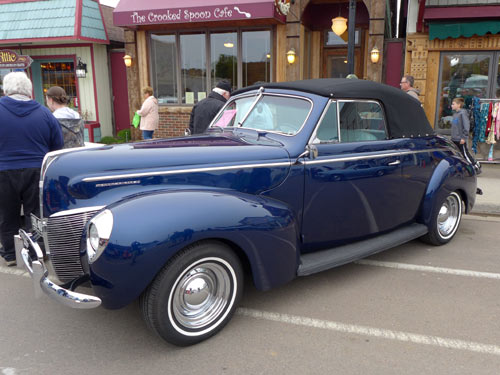 It was a cool, cloudy day for the 2013 edition of Grand Marais' annual car show. That and the threat of rain hampered participation of exhibitors and spectators somewhat but the rain held off and lots of people had a good time looking over these beautifully restored and preserved classic automobiles.

The iconic Ben Franklin Store was as busy as usual with people shopping for bargains or in some cases for some warmer clothes! The Gunflint Tavern wasn't suffering for business either and I imagine there were a few more hot chocolates with peppermint schnapps being served than in warmer weather.

The Car Show is a warm-up event for the big Wooden Boat Show Fest (the third weekend in June) that is the following weekend. All the businesses in town were hoping that the weather improved by that time. In mid-July is the annual Arts Festival, followed by the Grand Marais Dragon Boat Race and Festival the last weekend in July.


Jo's Favorite at the Car Show 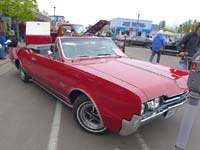 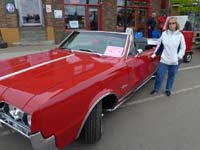 Jo chose as "best of show" a car made the year she graduated from high school - this candy apple red 1967 Oldsmobile Cutless Convertible. 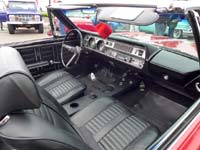 < < < The interior shows this baby has four on the floor with the signature Hurst shifter that was a popular accesory in this era.

Ross's Favorite at the Car Show 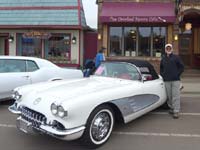 Coincidentally my "best of show" selection was also from the year of my high school graduation. What I would've given to own a 1960 Corvette! The 283 cubic inch engine produced 290 horsepower. > > > 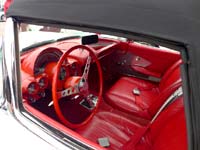 < < < The interior looks original equipment. The "speedo" goes up to 150 mph. The tach is mounted on the steering column in front of the speedometer. Note the more upright position of the steering wheel, built for racing. If I evicted my tractor I'd have room for this one in my machine shed and I could add a owning a 1960 Vette to my bucket list. 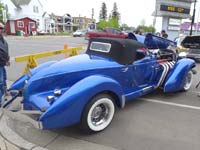 < < < This 1936 Auburn Boattail Speedster has been customized with some modern-day accessories like air-conditioning, power windows & locks, and its power plant is a 450 hp 10 cylinder Dodge Viper engine. The gracefull lines of this fine motor car reflect the Art Deco era. 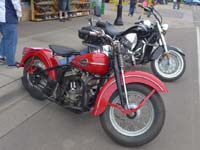 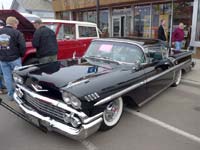 < < < This 1958 Chevie Impala is one of my all-time favorites. I loved the lines of this automobile. GM only made this body for one year; in 1959 the Chevie completely redesigned the body. 100% original equipment with only 59,000 miles on it. 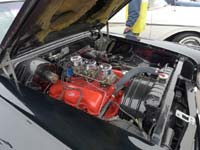 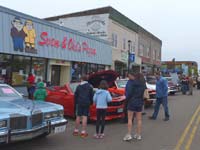 < < < A number of muscle cars like this one in the foreground attracted attention. Down the line is a decidely unmuscular car, a 1953 Cheverolet family sedan - - - but my recollection is it's engine isn't original and indeed it packs some muscle under the hood. 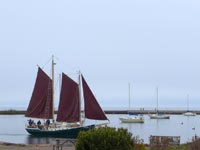 The Schooner Hjørdis, operated by North House Folk School, cruised by the car show on its return from one of its daily excursions. > > > 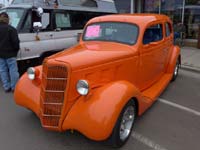 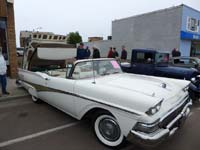 This 1958 Ford Fairlane Hardtop Convertible gets ready to put up its hard top in the event of rain. The top takes up most of the space in the trunk but there does remain about 4-6 cubic feet of storage space. > > > 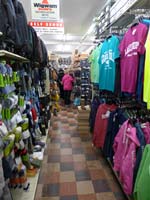 < < < The Ben Franklin store, with its wall to wall, floor to ceiling stock of merchandise is always a fun stop and the prices are decent too.

Other Fun Race Festivals along the North Shore