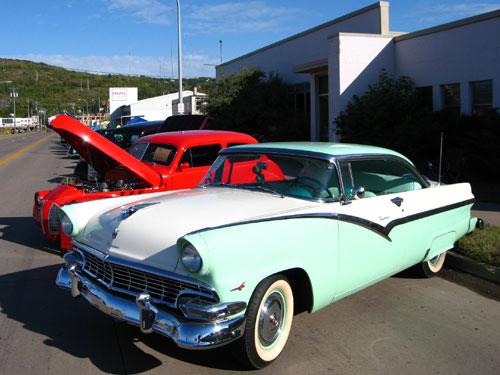 The day started off with mostly sunny skies on Saturday morning and I was glad we got there early because later the rains would come and bring a halt to the racing. Since this is a street race vs a specially made race track and since many of the competitors place as much pride in the "show" of their cars as the "go" race officials did not want to risk an accident due to wet pavement.

As you'll see in the pictures below some of the cars that were racing were some real beauties, tricked out as much as some of the cars in the car show. I managed to get a few good video shots before I was chased out of my prime location by one of the event staffers who was obsessed with keeping people far away from the track. You can see the Drag Race Video I put together near the bottom of the page.

With the smell of 'nitro' in the air and engines revving up, it brought back memories of my teen years when we used to go to the US 30 drag strip south of Chicago. But here you could walk around close-up to the cars, talk to the drivers, more of a neighborhood party. And just milling around the cars and the people was sort of like when we'd show up at the A&W Drive-In on Western Ave to show off the latest customization we'd done to our cars. Naturally every one would flutter the gas pedal to produce that throaty varoom from our glass-pack mufflers.

Since we got robbed of seeing most of the cars race due to the rain, we looked forward to a return visit at next year's race and show. See our ScenicPathways blog article and pictures from the 2013 Race and Car Show.

The car show portion of the event is getting bigger and bigger each year. In 2015 they expect over 300 vehicles to be on display. 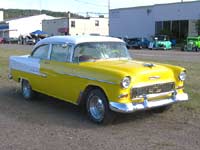 My first car was a 1955 Chevie Bel-Aire coupe like this one, except mine was red and white. A great little car and you still see them on the road today. > > > 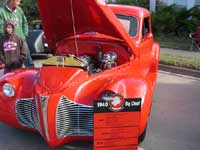 < < < Owned by Brian and Susie Vidor of International Falls, MN, this 1940 Pontiac Big Chief sure has some beautiful lines. She's had a few custom face lifts here and there from the original to enhance her beauty. Sharp car. 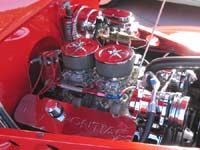 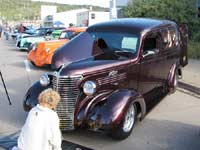 This one is a 1939 Chevie Panel Truck being waxed and detailed by its owner. Has some neat graphics on the side panel that I should have photographed. > > > 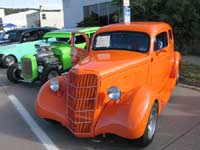 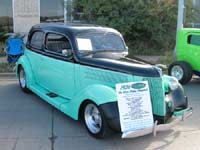 Tom Hamilton of Superior, Wisconsin and his Dad did a great job restoring and customizing this 1936 Ford Humpback. 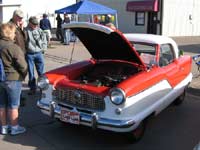 This little Nash Metropolitan drew a lot of attention. Rather than restored I think it has just been lovingly cared for. Still has the original equipment engine. > > > 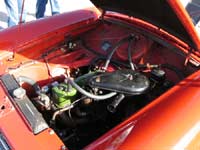 < < < I think you could get almost 40 mpg out of this 4 cylinder, one barrel carburator engine. Back in high school my buddy Bill Faulkner had a green Nash Rambler, just a wee bit bigger than this one. We could ride around all day on less than a buck of gas. 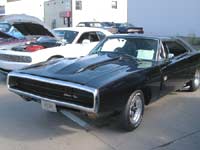 There were lots of muscle cars at the car show (and in the race itsefl). Here's a 1970 Dodge Charger.

Like the car show, the drag race is drawing more and more contestants each year for the chance to run on a 1/8 mile city street drag strip. In 2015 over 100 drivers will be competing. 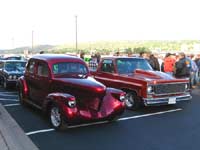 Cars lined up for the beginning of the Drag Race meet. That candy apple red 1939 Willys 4 door sedan in the front not only looks good, it can really "Go." It was one of the fastest cars we saw on Saturday. > > > 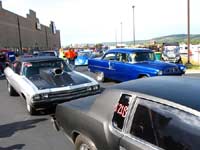 < < < That stubby little blue 1955 Chevie coupe, looking quite ordinary, would later take that muscle car on "steriods" to its right (a 1969 Chevelle). Was a close race when they got to the grandstand but I think the older car won. 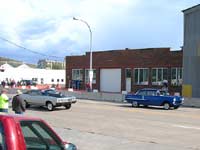 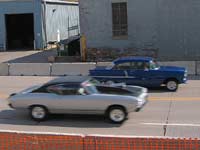 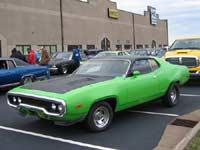 Jo liked this lime green Road Runner, especially since it was piloted by a woman driver. > > > 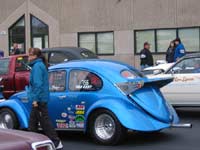 < < < This tricked out Beetle would hold its own again a souped up compact pickup (see below). 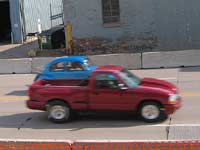 Running side by side here, but the Beetle prevailed at the finish line and later won another race before being knocked out of competition.

Here's a promo video by the event organizer that will give you a broader picture of the entire event. 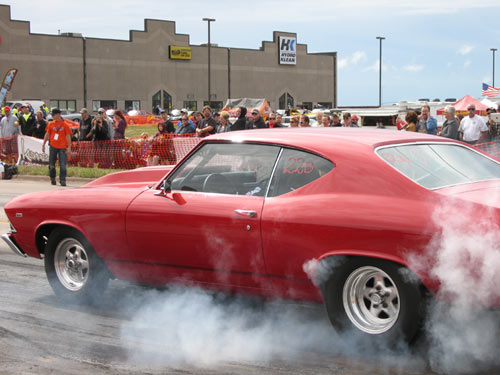