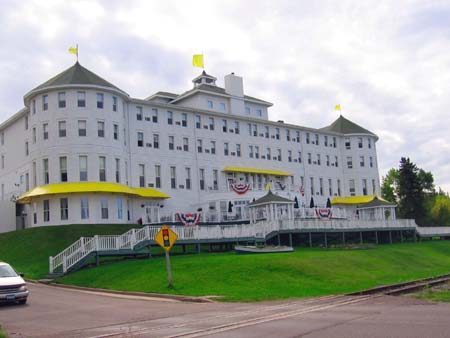 In the late 1800s, Ashland, Wi was one of Wisconsin's largest cities and a major Lake Superior port. But the end of the logging era and other economic changes took its toll. In the latter part of the 20th century Ashland was on the official list of depressed areas. But today, the city is undergoing a renaissance of sorts. The Chequamegon Hotel (pictured below), built in 1986 to recollect Ashland's grand era, is among the revitalizing changes occurring.


Festivals, Events & Other Things to See and Do in Ashland Wi 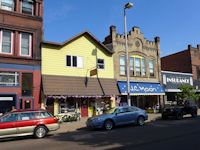 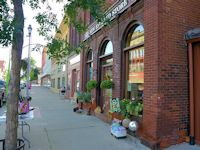 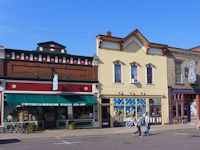 Many of the buildings of downtown businesses and shops are being preserved and restored. It is fun to go shopping in a real downtown instead of an urban Mall. 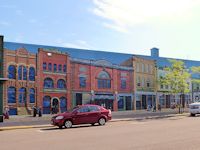 One of the many murals that are refurbishing the sides of downtown buildings. See more Ashland Murals here. 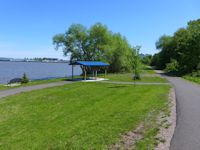 The Ashland Waterfront Trail, a paved walking, running, and biking trail, stretches all along Ashland's lakefront from Masalowksi Beach on the west end to Bayfront Park on the east end of town.

Half way along the trail is a pedestrian underpass of Highway 2 that joins the trail with the downtown area. It comes out in the new Pearson Park. 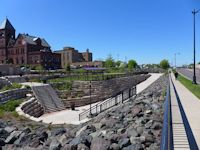 The Artesian Well Kiosk at Masalowski Beach is favorite stop for locals and visitors alike. Jo is refilling a small bottle for the road, but most visitors go away with gallons of the tasty spring water. 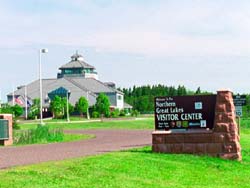 Things to Do in Bayfield WI