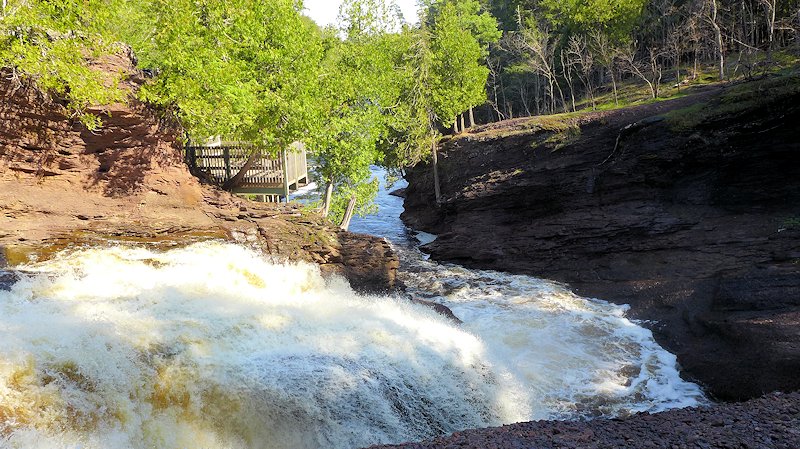 Agate Hunting and Rock Picking in the Michigan Upper Peninsula

In early May we headed up to Lake Superior’s south shore near Ironwood, Michigan to get an early start on searching for agates on some of our favorite rock picking/agate-hunting beaches around Lake Superior. You can see photos of some our finds at the bottom of this post.

We stopped first at Black River Harbor Scenic Area and spent an afternoon and the following morning on the beach. Had some modest success. The second day, before we went rock picking, we hiked the trail to park’s highest waterfall – Rainbow Falls and were rewarded with some impressive scenes. (see our video below).

Our next stop was Little Girls Point and again we did an afternoon of hunting followed by a follow-up hunt the next morning. Here we had some good luck in that there was a storm with high winds overnight which brought in lots of fresh rocks on the beach that weren’t there the day before. We found the majority of our agates and other distinctive gem stones on this day.

We also caught an attractive sunrise at Little Girls Point and a sunset across Chequamegon Bay in Ashland, WI.

Here’s some of our photos from the trip.

The best of our Agate Finds

Have any Lake Superior Agates you want to show off? Write me at Roscoe@SuperiorTrails.com