Located at the northeastern edge of Two Harbors, Minnesota, Lakeview National is a challenging golf course with, as the name suggests, a number of views of Lake Superior. Originally designed as a 9 hole course, the course was renovated in 1996-1997 with all new tees and the expansion to 18 holes.

The course is directly across Highway 61 from the Burlington Bay Campground and only a few blocks from the town's restaurant and tourist center.

We played the course in the second week of June 2009. We found the course reasonably challenging (slope rating 130) and we gave it a higher than average Lost Ball Index. Balls tended to roll more easily from the fairway into the rough and into the woods. The layout of a number of holes tended to more greatly penalize a slice than the Duluth and Superior courses. Adding to the challenge was the fact that their fairways were not in good condition (I presume they have yet to recover from the very severe drought the region experienced in 2008). As the area is experiencing adequate rain in June, I'd expect the fairway condition to improve over the summer. The greens were in good condition, in fact quite lush and still a bit moist from recent rains.

Lakeview National is a scenic course with some challenge and it is a good golfing value. In June of 2009, the midweek price of 18 holes of golf, including cart, was $30 - a price you'd find hard to beat at any other course with views of Lake Superior. The cart was an electric cart , a bit of a bonus. We had lunch at the club house grill and found the chicken breast sandwiches excellently prepared and served on a quality bun. The club house also has an outdoor deck with a good view of the course. The Pro Shop was well stocked and we received good service from the staff. Lakeview has a driving range, located somewhat distant from the clubhouse, but adjacent to the #1 hole. If you are looking for a modest priced round of golf, some golfing challenge, and decent course amenities, Lakeview National in Two Harbors, Minnesota should be at the top of your list.

Second Look-August 2011. Recent lack of rain didn't leave the fairways in much better shape than our last visit. However they were playable. Several of the greens were in poor condition, while others very good. Constantly adjusting my putting stroke to the condition of the green. The lack of adequate sign posts at cart path intersections were frustrating. Turn left, turn right, go straight - - - just had to guess where the next tee box was. The Lakeview course has a nice layout and is generally playable with some challenge. Too bad it suffers from lack of maintenance. One gimmicky challenge I didn't like was the sand bunker guarding the front of the #12 green. That was OK but the bunker itself had a fringe of very long grass around it. I landed in the fringe about 20 feet from the pin yet it was like playing from the rough. Not a fair challenge - a gimmick. The green and cart fee is very reasonable, however. So if you catch a time period where the natural rainfall has left the fairways in good shape, as well as the greens, Lakeview would be an excellent golfing value. Otherwise for the decent price ($25 green & cart weekday for 18 holes) you generally get what you pay for. Due to the course condition we had to downgrade our playability and scenic ratings (while potentially a scenic golf course, the poor condition of some of the greens and fairways detracted from the overall attractiveness). 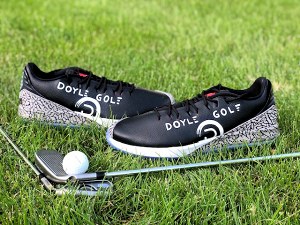