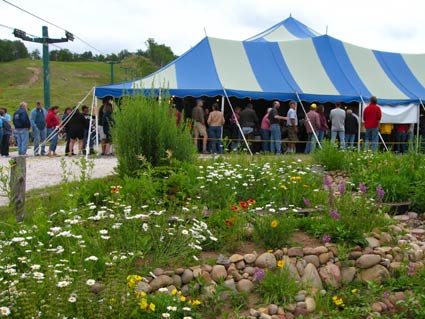 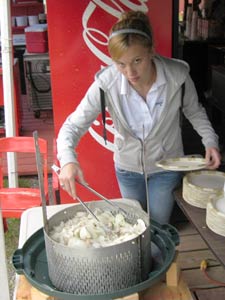 In July 2009, eleven Great Lakes Ojibwe tribes celebrated the 25th anniversary of the founding of the Great Lakes Indian Fish & Wildlife Commission. The festivities included exhibits showing the work of the commission, a Pipe & Drum ceremony, a community Fish Boil, a recognition ceremony, and a special performance of the Big Top band with guest artist Bill Miller, a Mohican Indian originally from Wisconsin.

Both the Fish Boil and the Concert were "free" events, courtesy of the Wildlife Commission.

Hundreds, and perhaps thousands, of pounds of fresh Lake Superior Lake Trout were served, mouth-watering, steamy hot, and flaky. The best fish boil we have ever tasted, regardless of price. Side dishes of boiled baby red potatoes, cole slaw, and fresh fruit nicely rounded out the excellent meal. After the meal all were offered pieces of the 25th anniversary cake.

The event commemorates both the establishment and protection of the treaty rights of Chippewa people to hunt, fish, and gather wild rice in the Wisconsin Territory. Another important part of the tradition and the mission of the GLIFWC Agency is the nurturing and preservation of the resources for generations to come.

< < < A demonstration of carving sticks used to harvest wild rice. In the background is one of the boats used to stock fish in Wisconsin waters.

Lighting the Pipe for the traditional Peace Pipe ritual. It begins by acknowledging the four compass directions, then Mother Earth and Father Sky, and culminates in a sacrifice to the Great Spirit. > > >

< < < After the Peace Pipe Ceremony, a drum group from the Bayfield Red Cliff tribe performed.

The Blue Canvas Orchestra performed several pop and jazz favorites while images of Bayfield and Ojibwe history played on the screen. Below left Phil Anich and Jack Gunderson handle vocals, while Cheryl Leah (in the background) waits her turn to join in. > > >

Bill Miller was the featured performing artist. A Mohican from Northern Wisconsin, Miller is a multi-talented musician (guitar and flute), singer, songwriter, painter, and social activist for Indian causes. 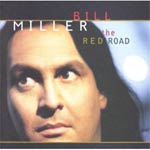 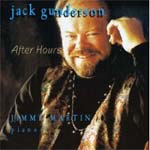 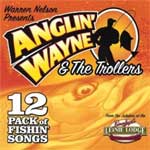 Warren Nelson & the Blue Canvas Orchestra perform a 12 pack of fishing songs, including the famous "You get the Leinie's"