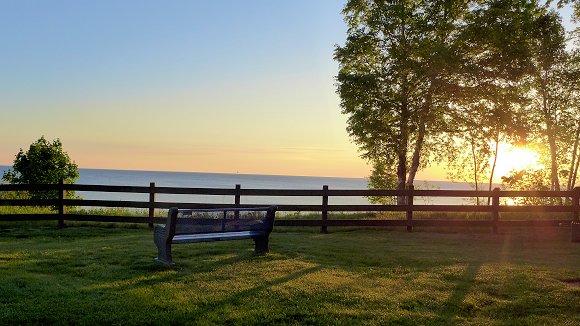 Little Girls Point, North of Ironwood, Michigan is best known for its extensive rock covered beach that offers prime agate hunting and Lake Superior rock picking as well as swimming whenever the water warms up. It also has a campground with electric service and some sites overlooking Lake Superior.

The park and campground is maintained by Gogebic County Forestry & Parks Commission. The park is typically open until the first or second week in October and closed for the winter. It generally re-opens sometime in mid-May.

There is a total of 31 campsites, 29 of which offer electric service. Several of the campsites are along the bluff overlooking Lake Superior and the Agate Beach. There is a running water bathroom building but no shower facilities. An onsite water tanker offers potable water for campers. However, be aware there is no RV dump station in the park.

The park offers a generous picnic area with a childrens playground and two picnic pavilions, and a sampling of grills and tables throughout the picnic grounds.

While camping at Little Girls Point we've been treated to some neat Lake Superior sunrises from our campsite.

While the campround is popular, Little Girls Point is more widely known as a premier rock picking and agate hunting beach. 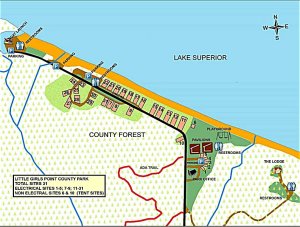 Click on the Campground Map
for a larger view.

Little Girls Point is a Gogebic County Park located on a bluff overlooking Lake Superior. Reservations for sites at the campground are made (beginning January 1st) through the Park website.

During the camping season (Mid-May to through September) information is available at the Park Managers Office: (906)932-1913. in the spring and fall, we've generally had good luck finding a site mid-week without having to pre-register. Summertime and weekends, an advance reservation is recommended.

Be aware that all reservations are made Online and cell service at the park itself can be problematic.

Other Nearby Lake Superior Campgrounds 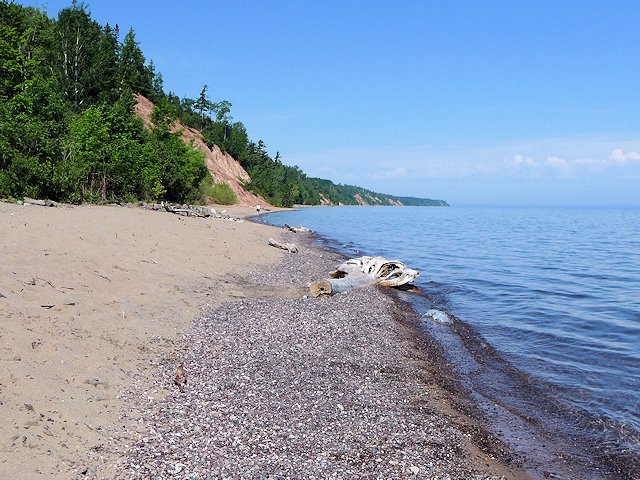 Go here for Directory to Best Camping Around Lake Superior